Many of the causes of periodontal disease are unpolished plaque!

KURUN Co., Ltd. will participate in the exhibition.

What is LIFESTYLE Week in OSAKA ?

It is the best sourcing venue for Made-in-Japan & worldwide products as well as finding new OEM/ODM partners.

Osaka edition will be a great opportunity to expand your business in Japan because Osaka (Kansai) area is the 2nd largest economical market in Japan.

In addition, Osaka has been attracting worldwide attention as a tourist destination and its economy is expected to grow even more, with huge consumption and demand.

Whereas toothbrushes used to be swept with a broom,this is like vacuuming.
It is also effective against periodontal disease by caringfor teeth and gums at the same time.It is economical toreplace the brush head in about 3 months.
For everyone, from small children to the elderly 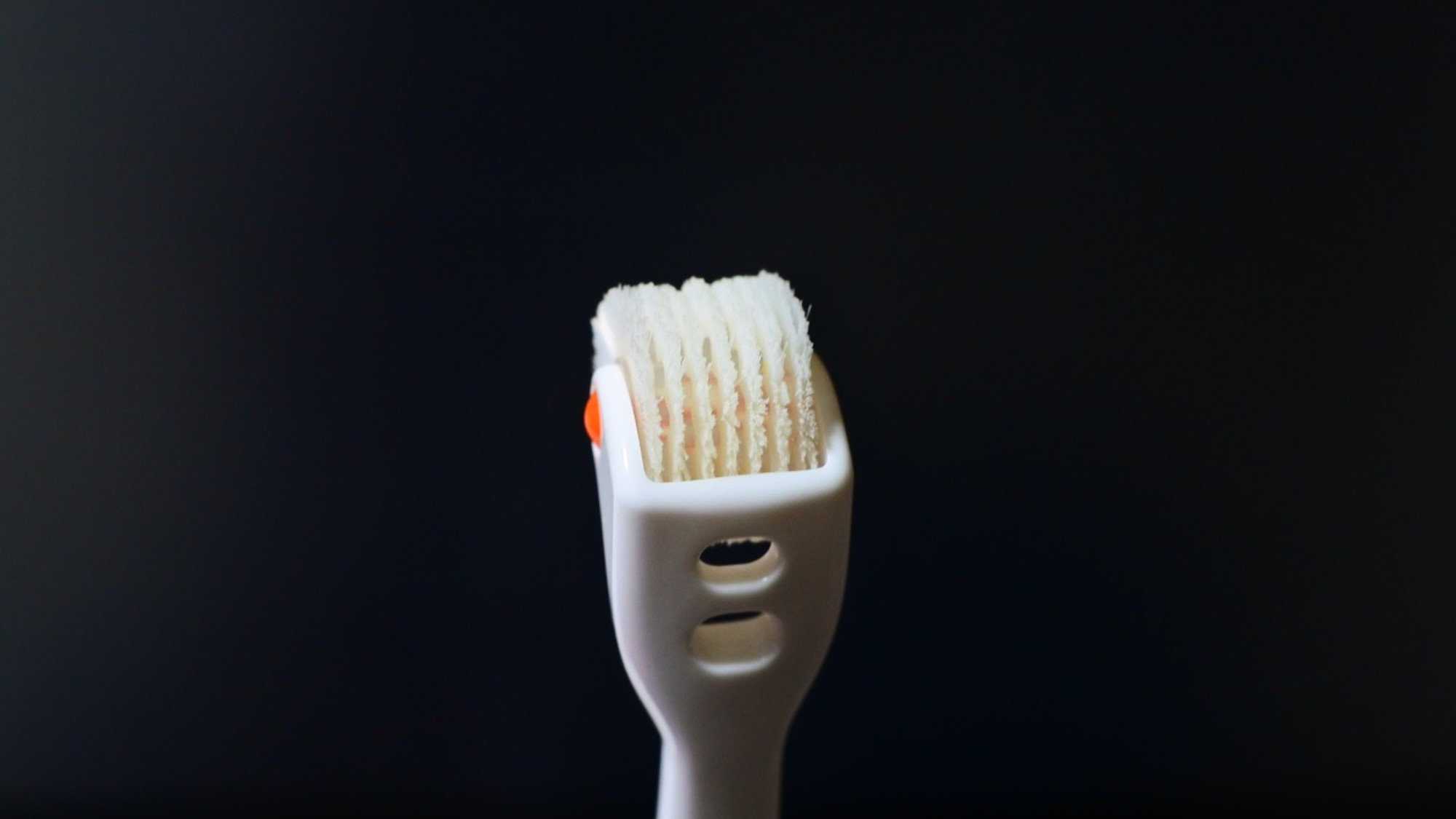 A mysteriously shaped toothbrush that removes stains on your teeth just by rolling them over your teeth.

We have come up with a new idea of removing plaque by adsorbing it on a brush. Sound wave vibration was added to that, and it became easier to polish.
It can also be used for oral care by rolling it on the gum and tongue. 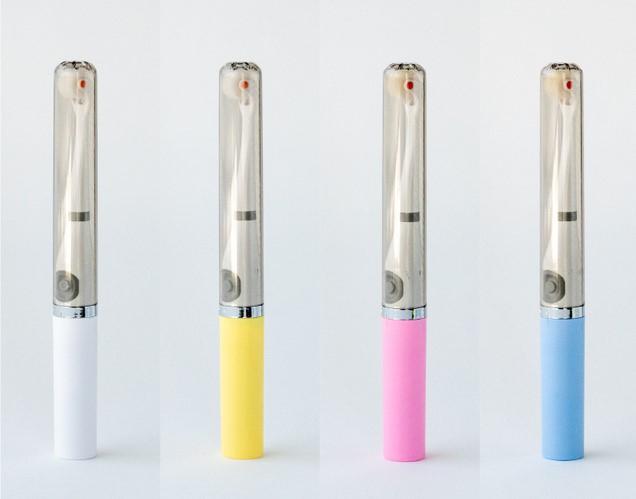 Do people with bad blood circulation in their gums really tend to develop periodontal disease?!

When blood circulation in the gums worsens less saliva is secreted,this lowers your natural immunity and as a result makes you more susceptible to the effects of bacteria like periodontal bacteria.
Mothers before and after childbirth, the elderly, and smokers all tend to have lower immunity.
So let's improve that blood flow and keep our natural immunity with a gum massage.

Encourage the secretion of saliva with a gum massage

A gum massage will stimulate the mucous membrane of the mouth cavity and encourage the secretion of saliva.
Saliva has natural cleaning and antibacterial properties and it's re-calcification abilities make it a natural remedy for getting rid of mouth issues such as cavities and bad breath. For those who have trouble with cavities and halitosis, let'smaintain a healthy mouth environment with gum massages.

Plaque (or periodontal plaque) is the main cause of periodontal diseases and is not made of tiny scraps of food but rather clusters of bacteria.
As it advances without causing any obvious symptoms such as pain, it's also known as the "silent disease."
Periodontal disease is a bacterial infection caused by the periodontal bacteria found in plaque which inflames the gums and gradually destroys the surrounding structure.
Plaque tends to remain on the border between tooth and gum rather than on the teeth themselves and is the cause of this disease.
As the disease progresses, the bone that supports the teeth (the alveolar bone) starts to break down and causes teeth to begin to fall out. 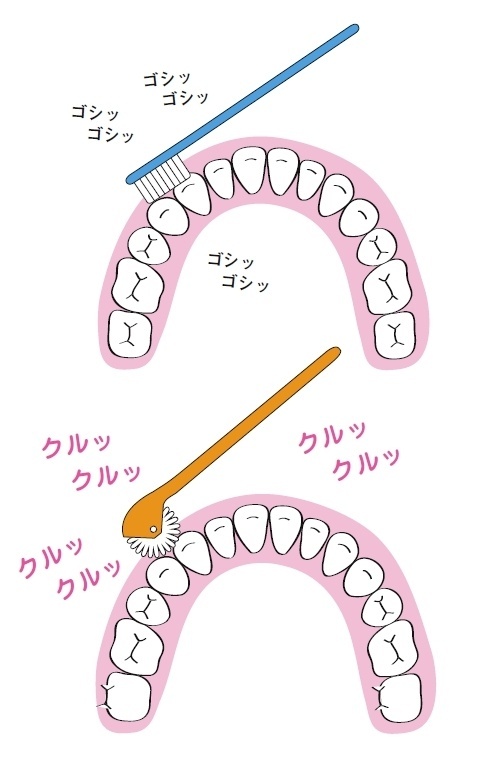 It's very difficult for us to keep all of our teeth until we reach the age of 80.

It is also impossible to eliminate all remaining plaque by brushing with a traditional toothbrush for 3 minutes.
As a result, many people, particularly the elderly, have to rely on dentures and implants.

Anyone can do it! Massage your gums with a simple rolling motion

Take "Kurun" and place the brush at the boundary between your teeth and gums, then roll it widely (around 4 teeth wide.)
Just like any other massage device, the brush will gradually make your gums feel good. 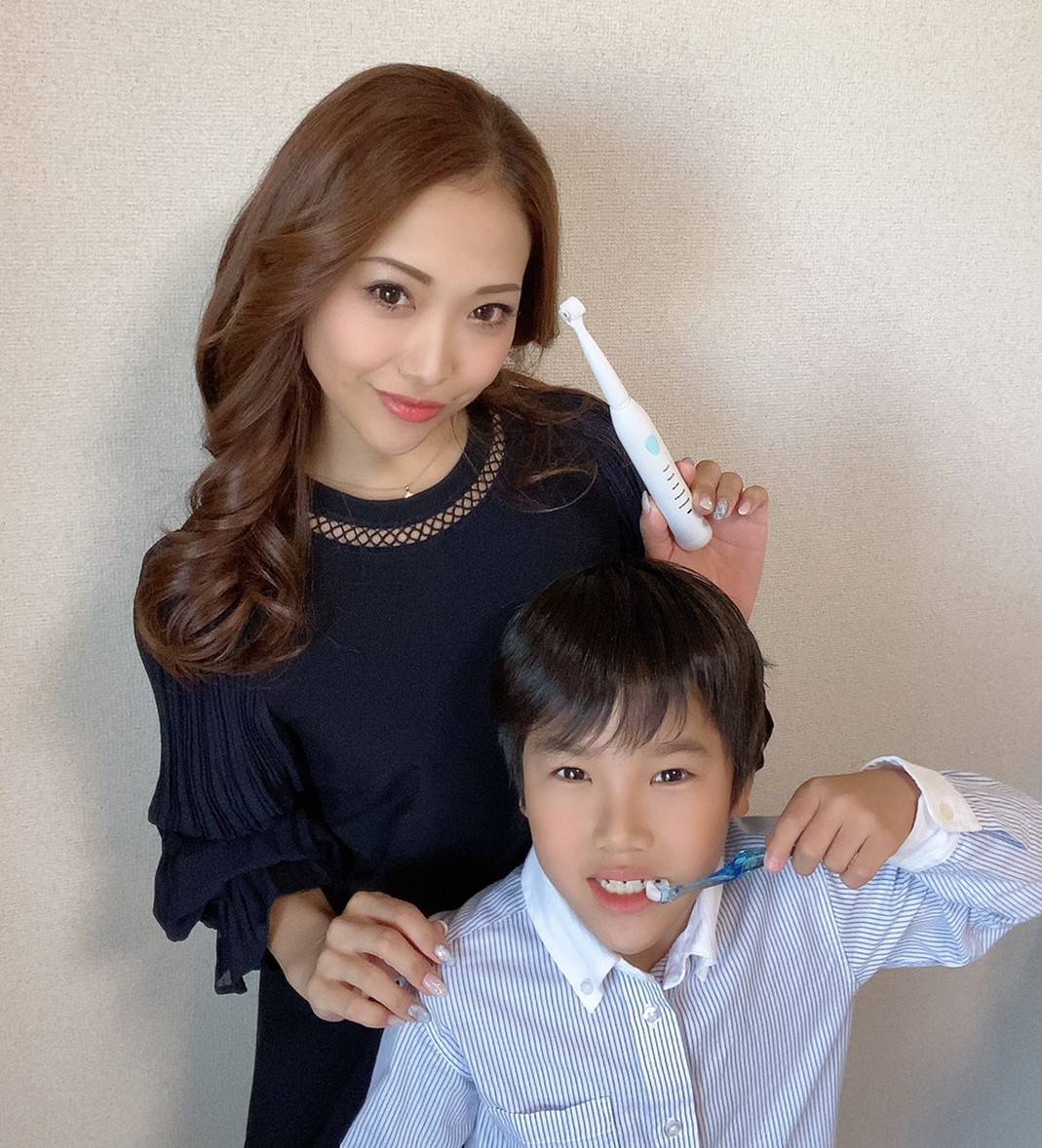 Point1
A huge amount of bristles


For any brush, the tip of the bristles is the part with the most plaque-removing power, but it's said that the sides of the bristles have a great massage effect.
The periodontal care roller brush boasts and enormous 17,600 bristles (20x that of an normal toothbrush,) and can catch more plaque in one brush.


Teeth curve, so it is often difficult to get your toothbrush between teeth or into the boundary between tooth and gum.
Roller brushes, which follow the surface of your teeth, can effectively remove plaque with their scraping method on even curved surfaces with their 90° bristles.
Furthermore, the bristles hit the boundary between tooth and gum at a 45° angle, removing plaque from hard to reach places like dents and cavities.
Scraping method - A method recommended by dentists.
This brushing method makes the bristles brush at a 90° angle, which is great for removing plaque. 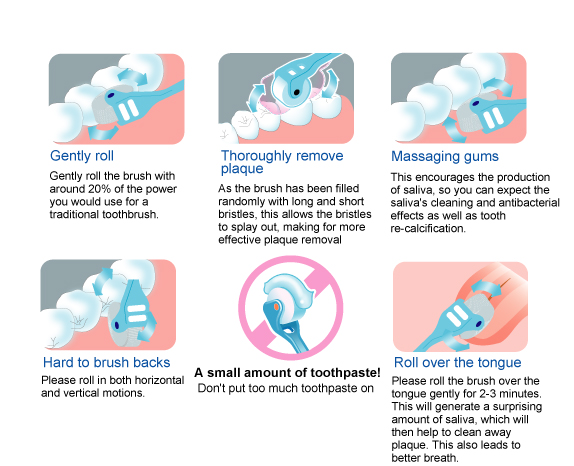 The history of "KURUN" goes back to 1997 when we applied for the invention of a rotating toothbrush in Osaka. 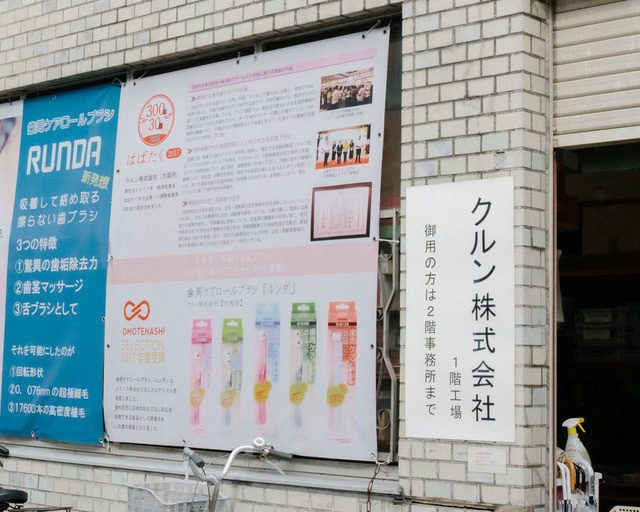 Mr. Hayashi of Krung Co., Ltd. in Osaka invented the rotating toothbrush. The previous president saw a floor-polishing brush for business use and started making brushes with the inspiration of "If it becomes smooth like a mirror, the teeth will be clean." 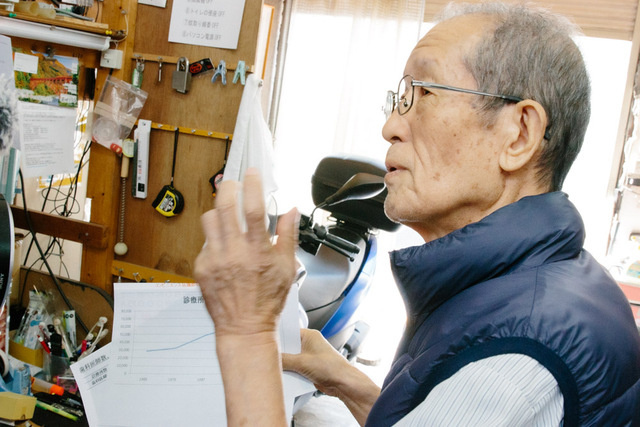 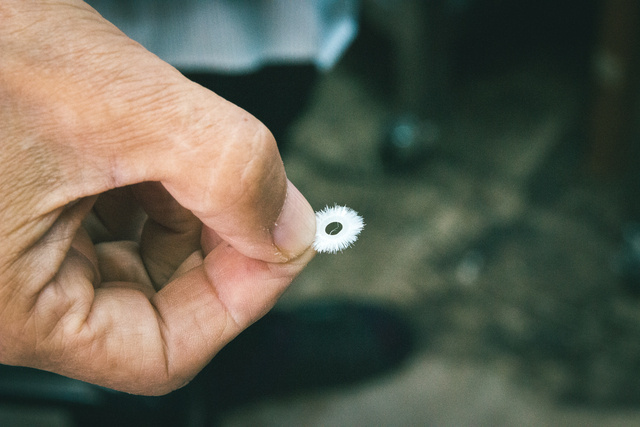 In order to make this uniquely shaped brush, we developed it ourselves from a machine.Even those who worked as engineers at a major manufacturer were surprised to see this machine, saying, "We can't imitate it." 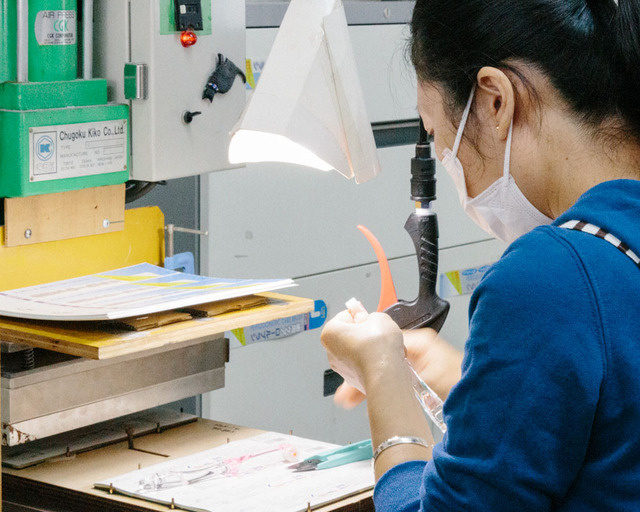 At the beginning of development, the brush flocking technology was up to 7,000, but after repeated improvements, we have now succeeded in flocking up to 17,600.When it comes to toothbrushes, it may seem like they are mass-produced by machine. However, the characteristic brush of "KURUN" is made by hand. 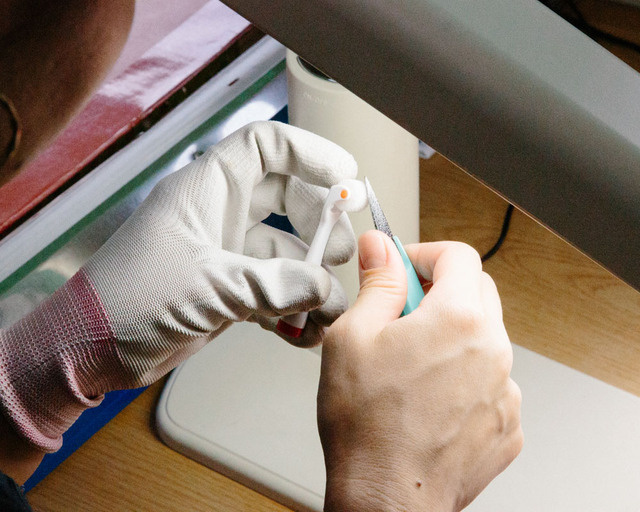 For example, hair length. Work to make the tips of the hair slightly longer and shorter so that it can be applied gently to the teeth. This is currently a task that can only be done by human hands. While looking at it, I cut it one by one by hand. 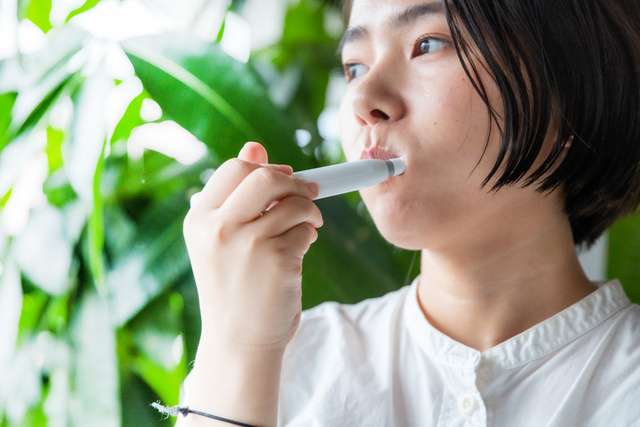 Made in Japan rotary toothbrush inherited

"I've been here for 20 years, and the most difficult thing was to get rid of the" stereotypes. " Nobuhiko Hayashi, the second president, says so.

He lived in Sweden for nearly 10 years, but returned to Japan to take over his family business.Nobuhiko Hayashi, who learned that dental health has a great influence on his own health and healthy life expectancy, travels around the world to spread the new rotating toothbrush to Japan, and also conducts demonstration sales by himself. 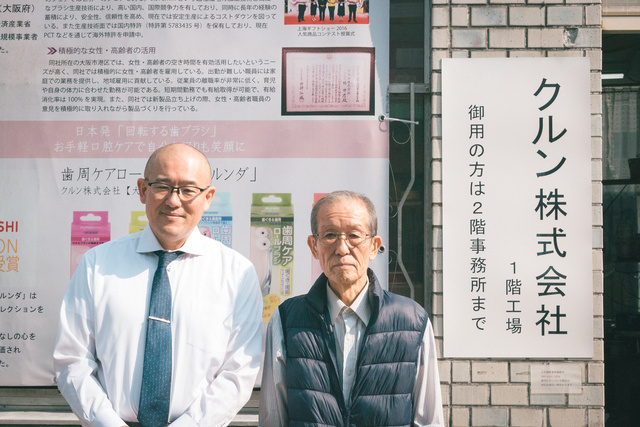 Made in Japan rotary toothbrushes are expanding their sales channels worldwide.

It is also popular in Taiwan and China.With patents in China, the United States, Europe and other countries around the world, toothbrushes originating in Japan will spread around the world. 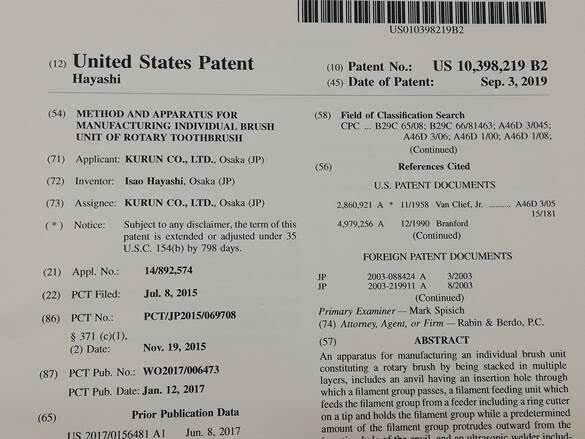